Preparing for Flea and Tick Season

Preparing for Flea and Tick Season 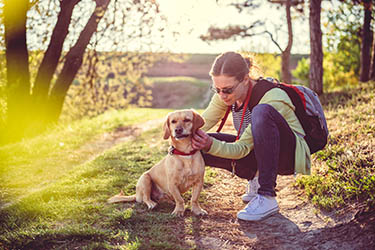 As you know, a common misconception is that flea and tick prevention isn’t necessary during colder months. You are in a position to properly educate your clients on the dangers of neglecting preventive treatments in addition to guiding them through what treatments are best for their pets. A strong education and preventive care program can account for up to 45 percent of annual clinic revenues, and increasing testing compliance can increase practice revenues an average of $90,000 (HSAH, 2014).

Testing for tick-borne illnesses can be scary for a client. How you approach the process is important; a careful choice of words can have a calming effect during the testing process. CVC educator Adam Birkenheuer, DVM, PhD, DACVIM, recommends that you start by carefully wording your intentions to test in order to control the client’s expectations. For example, say you are going to see whether their dog “has been exposed to ticks” as opposed to “tick-borne diseases.” Once the test is complete, you can more delicately explain that your client’s pet has been exposed to ticks rather than just saying their pet has Lyme disease, for example. Use rhetoric to guide your client into the necessary further testing and treatment sensitively and effectively.

Regular testing may also uncover hidden conditions. For example: Ehrlichiosis canis is endemic in the southern states of the U.S. and is transmitted through tick bite. There are symptoms, but it is not uncommon for a seemingly healthy, active dog to test positive to E. canis. Standard treatment should also include yearly testing because studies show that some dogs might remain reservoirs of tick-borne disease even after treatment.

In accordance with the CAPC’s recommendations, year-round prevention is recommended for dogs in tick-endemic regions. From vaccinations to monthly flea and tick protection, Covetrus carries a variety of preventive options for your clients.

Many veterinarians have collected a mental list of reasons owners have given them for not needing flea prevention for their pets. There are a few arguments you can make when you hit these roadblocks.

Ticks are found in every state, and tick-borne diseases can spread rapidly from region to region. Tick-control products and Lyme vaccinations are the best forms of protection. Simple identification and education are critical first steps in prevention and care. Remind your clients to check for ticks regularly. If a tick is removed within 24 hours of biting, risk of infection drops dramatically (HSAH, 2014). Here are five common ticks, their indigenous locations and the diseases they can potentially transmit.

Essentials oils are a growing trend in medicine, even veterinary medicine. You may come across pet owners that are using them for fleas and ticks. D-limonene, Melaleuca, and Pennyroyal are some oils commonly used on dogs for flea and tick prevention. However, they can cause mild to severe side effects including: dermatitis, oral irritation, lethargy, vomiting, salivation, ataxia and muscle tremors. Educate your clients about the potential risks of essential oils and then counsel them accordingly.